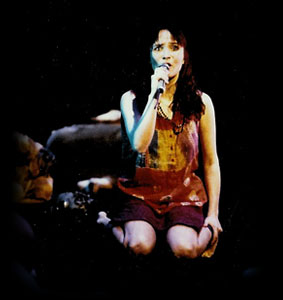 Sari Ann is a professional music theatre and voice artist. She graduated from the Finnish Theatre Academy with a Master’s degree in Music Theatre in 1998.

Before Theatre Academy, Sari Ann studied Music Education at the University of Jyväskylä and Voice Teaching at the Music Conservatory of Central Finland. Sari Ann set off for her journey to the world of music theatre already at the age of 16 at the Jyväskylä Music School.